Is mentoring the key to reducing employee turnover? 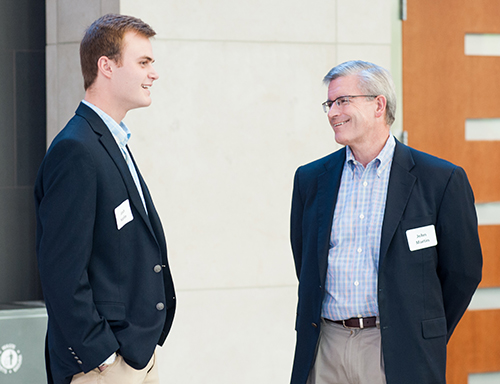 Employee turnover is a costly and time-consuming issue for many organizations. Some firms utilize mentors to enhance new employees’ acclimation and help them flourish. The practice of mentoring is meant to develop protégés’ skills and enhance their careers, while indirectly benefitting the employing organization in large part by lowering protégés’ turnover intentions.

However, a number of firms find this has not had the desired benefit of reducing undesirable turnover. In research published in Advances in Accounting, Rebekah Heath, teaching professor at Kansas State University, and her colleagues, discovered that there are a variety of intervening factors that determine the degree to which mentoring helps reduce turnover.

The major factors examined in the research included social acceptance, personal friendship, learning appropriate organizational behaviors, specific work assignments, and career advancement. Together, these can lead to an employee clarifying their sense of identity, competence, and self-worth. These factors were then examined as to how they relate to the relationship between the intervening variables of value congruence between the employee and the organization, organizational knowledge, and supervisory satisfaction, and turnover.

The figure below illustrates the proposed relationships:

Through conversation, mentors come to understand better their protégé’s professional desires and goals, which should enable them to better communicate to their protégés. Individuals’ preferences among outcomes are particularly malleable early in their career. The mentor as the embodiment of the organization offers one direction for these emergent values. Once revealed, becoming more in harmony with the organization offers the protégé a systematic choice to show the growing psychological empowerment made possible by honest and frequent interaction.

A good mentor provides role modeling to demonstrate the behavior, attitudes, and values for a protégé to emulate. Past research has found that managers/supervisors are powerful role models to substantially influence their subordinates. When employees engage in value internalization, they cognitively restructure their own values by using organizationally-provided information. Mentors are believed to be essential in steering the protégé’s career toward appropriate action. Since advancement in a hierarchical organization necessarily means being chosen over others, many ways exist for the protégé’s work to go wrong and not be selected. The mentor tries to negotiate visibility for the protégé and fashions advice that would allow the protégé to make the most of the available promotional opportunities.

It is expected that career development involves “soft skills” and technical abilities. The former often relates to correct work ethic, which, in turn generally relates to the organization’s mission. If successful, a mentor-guided protégé will take on the appropriate values. For these purposes, the correct values are those that are the ones tacitly endorsed by the organization. Prior research indicates that protégés in both formal and informal relationships learned significantly more than their counterparts without mentors about their organizations’ politics, people, goals, and values. This type of information is most likely acquired from mentoring’s career development aspect. Career development support involves mentors sponsoring protégés for assignments to increase contact with key clients, partners, and managers, thus enhancing a protégé’s opportunities for information exchange and knowledge acquisition unavailable through other channels. Therefore, mentoring’s career development aspect should be associated with an increase in the protégé’s understanding of the organization’s culture and politics.

Previously it has been thought that more knowledge transfer from mentors leads to a reduction in turnover intentions, but only if the knowledge is specific to the firm. More general knowledge that is transferable to other firms is not expected to reduce turnover intentions because the employee is more valuable to other employers. In addition, value congruence between an employee and the organization has been thought to lead to increased organizational commitment and improved organizational performance, but it may not lead to a significant reduction in turnover. The degree of satisfaction an employee has with supervision can interfere with this relationship such that the role of value congruence dissipates or is strengthened.

Results of the Study

The study surveyed accountants attending CPE sessions in a Midwestern state. 72 usable responses were collected and were analyzed with the following results:

Our research suggests that more conceptual space exists between mentoring and turnover than has been previously recognized. Specifically, it suggests the following:

Fogarty, T.J., Reinstein, A., Heath, R., and Sinason, D.H. (2017). “Why mentoring does not always reduce turnover: The intervening roles of value congruence, organizational knowledge, and supervisory satisfaction,” Advances in Accounting, 38: 63-74.